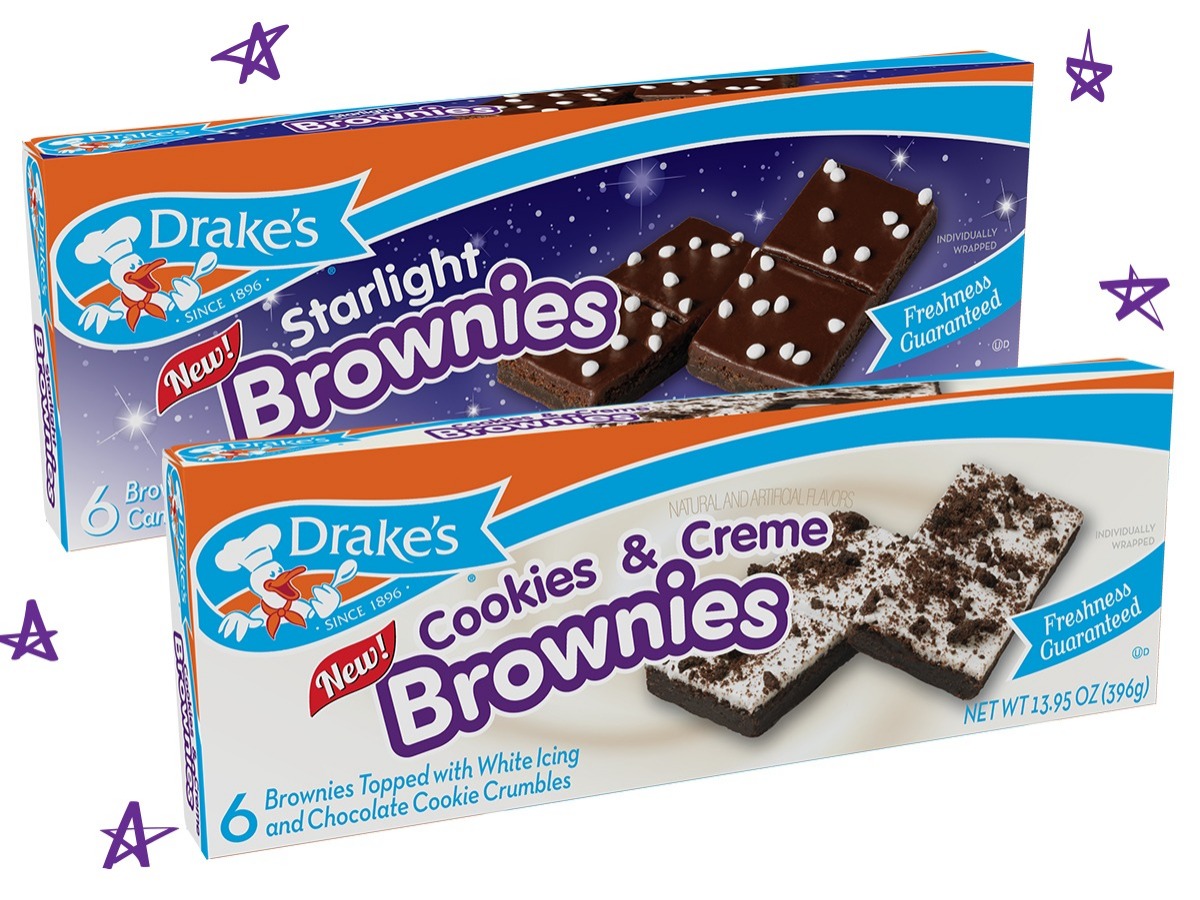 Eligibility: Giveaway is open to all legal residents of the contiguous United States and the District of Columbia who are at least (18) years or older ((19) years or older for Alabama and Nebraska residents) at the time of entry.

Grand Prize: a three night, four-day trip (including hotel and coach airfare) for (2) to Orlando, Florida for the Kennedy Space Center Astronaut Adventure; (ii) his or her choice of either (1) case of Drake’s Cakes Starlight Brownies or Drake’s Cakes Cookies & Creme Brownies; and (iii) his or her choice of a $100 gift card redeemable at Michael’s craft stores, Academy Sports + Outdoors sporting goods stores, or GameStop gaming stores, as selected by winner (ARV $2,332,84)

15 Third Prizes: will each win their choice of either one (1) case of Drake’s Cakes Starlight Brownies or Drake’s  Cakes Cookies & Creme Brownies (ARV $47.84)